The Gender Feminist Speak Out

Slindokuhle: Greetings to Abalaleli emakhaya, I am Slindokuhle Cele from Agenda Feminist Media. My colleague and I are back again for another engaging conversation.

Nonhlanhla: And I am Nonhlanhla Mbonambi. This week’s topic will look at women in politics and what are some changes we have seen in our society with regard to this issue. How far women have come in ensuring they hold positions of power with men in the society and workplace.

Nonhlanhla: Many years ago, as far back as the 1920’s women’s rights were disregarded compared to the condition of women’s rights today. Even now when hashtags such as #Am I Next are trending topics; it is important to remember that the women’s rights movement has brought the most basic rights for all women. Women are still fighting for equality, but there were norms that oppressed women in the last century that were more severe, women had very little no say. It is generally true that this right was denied to all women based on gendered stereotypes and prejudices about their roles, responsibilities and general position in society. In the case of black women, however, the denial of this right was based on a combination of race, class and gender.  It is no coincidence that in many countries, including South Africa, black women acquired the right to vote much later than white women. In South Africa, white women were granted the right to vote in 1930 and black women in 1994. Gender inequality played a huge role and women had no voice at all. This shows that men oppressed women to exercise this crucial right, it was a norm that women, in general, have no power or control over decisions that were made in parliament or anything associated with politics. A women’s place and role were only to take care of children and being a domestic housewife.

Slindokuhle:  Men still dominate decision-making, but the number of women is on the rise in parliaments and cabinets, judiciary and police forces, formal employment, and education. Increasing the number of women in political and public positions is important but does not necessarily mean that they have real power. Women in public life are often subject to sexism and prejudice. Women are less represented in the sectors and positions with the most power.

Nonhlanhla: Section 9 of the constitution of South Africa protects women by ensuring the equality clause, prohibiting unfair discrimination on the grounds of gender, sex, pregnancy, marital status and sexual orientation. Women nowadays can no longer be unfairly dismissed at work due to being pregnant, cannot be sexually harassed at the workplace by male colleagues, employers are obliged to have policies and procedures to guard against such discriminatory behaviours and action. These were the issues women in the past faced, it may still be difficult for women to be treated with respect especially in male-dominated workspaces but with laws that protect them, it is not easy for women to be misused and taken advantage of. The role of women in politics in South Africa has increased since the end of apartheid through policy changes and organizations set up to enable woman’s rights. So it is fairly recent that women could vote and also have positions of power.

Slindokuhle: Women’s political power also depends on their collective capabilities. Women organizing with other women is critical to their questioning of men’s dominance and to the solidarity needed to challenge it. Strong, independent women’s organizations are also instrumental to achieve changes in gender laws and practices, especially in areas that are likely to generate strong resistance, such as violence against women or family law.  (Family law is an area of the law that deals with family matters and domestic relations). It has developed over the ways in a way that makes it more women-friendly in matters such as divorce, maintenance, custody of children, etc. However, it requires gender-sensitive practitioners such as lawyers, magistrates, etc, to ensure gender fairness in domestic issues.

Nonhlanhla: Nowadays, women have made strides in all sectors of the economy, including engineering, science, technology and many more. In politics, South African women have come incredibly far. Journalist Priya Pitamber stated that before the arrival of democracy in South Africa. In 1994 there was a mere 2.7% representation of women in parliament. Since then, things have changed for the better.

Slindokuhle: Given the gap between women’s power on paper and in practice, there is a need to be realistic about the extent of changes that influential women can achieve on their own. A lot is often expected of women in public life. Women in politics are often subject to undue scrutiny and need to conform to widespread views of how women should behave to be accepted by voters and peers.

Nonhlanhla: According to the South African government, currently women ministers comprise 50% of the cabinet for the first time in history, women deputy ministers make up 39% and there is 41% representation of women in the National Assembly. By the South African 1999 election, women accounted for 29.8% of elected representatives. South African women were active in calling for change, which led to a policy shift. It started with the country’s internationally lauded constitution. Women made sure their rights were included in the document.

Nonhlanhla:  It is a fact that leadership positions in South Africa were previously dominated by men. Struggle for voting has a long history in South Africa and the carrying of passbooks. In 1913, in Free State many women began marches and fighting the system of domestic work, passbooks, and being separated from their families  It is through women such as Albertina Sisulu, Helen Joseph, Lillian Ngoyi and Sophia Williams -De Bruyn who led the march of 20 000 women to the union buildings on the 9th of August 1956, fighting for the rights and the struggle of black women for their overall political and personal freedom. Getting rid of the dompas was significant as the passbook restricted not only their freedom of movement but symbolized their suppression on the grounds of race, class and gender. We surely must salute these incredible women. Wathinta abafazi, wantinta imbokodo! (You strike a woman; you strike a rock).

Slindokuhle: Women from marginalized social groups are less likely than those from dominant social groups to have the social and economic assets to enable them to take advantage of new opportunities for political power. Informal norms and practices influence how formal laws and regulations work. Gender and other social norms are ‘sticky’ and typically mean women are unable to exercise power on the same terms as men even after reforms to discriminatory laws. For example, women activists may be unable to attend political meetings in the evening because of domestic responsibilities, or male MPs may use sexual harassment to dominate female MPs.

Nonhlanla: We have come to the end of our discussion for today, but do not forget to comment, share your views and opinion on the Agenda Feminist Media page on Facebook. 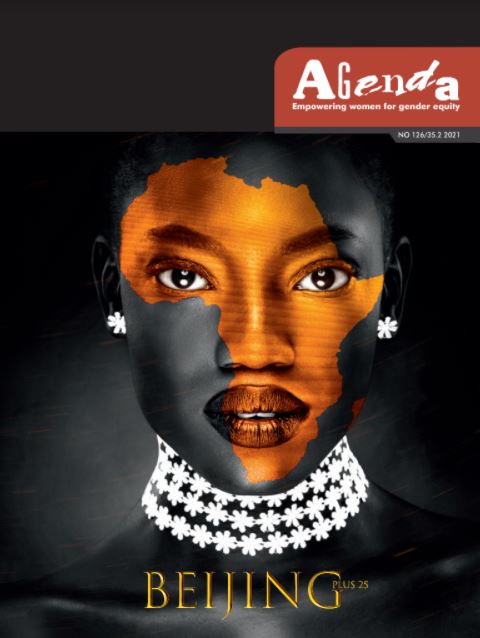